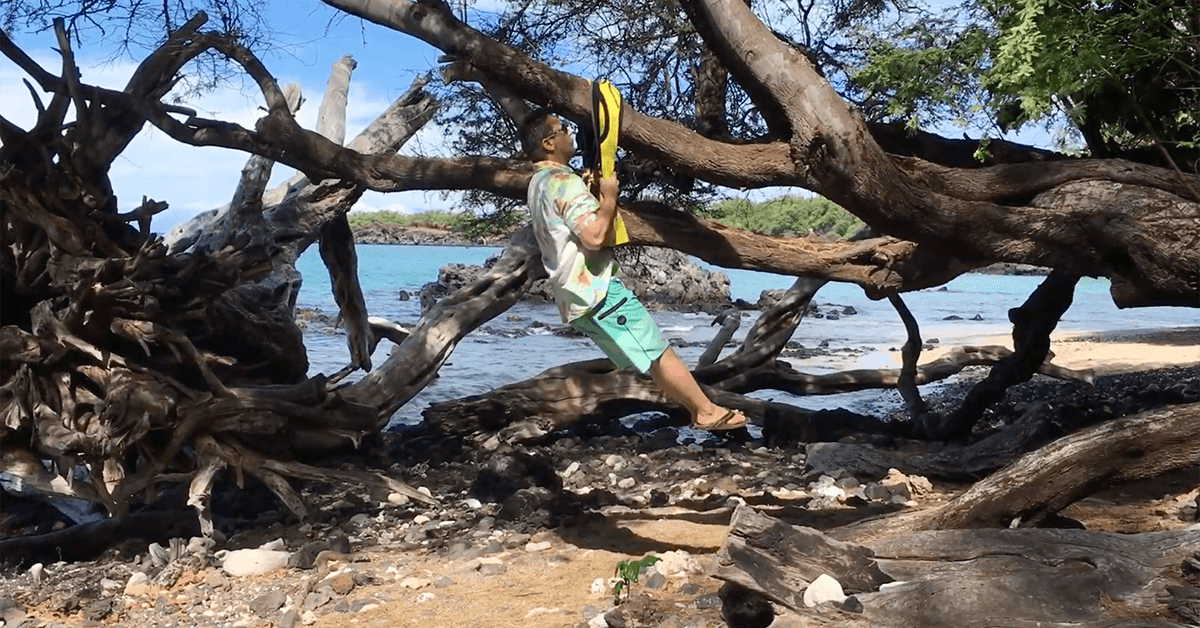 This second series of 10 days of pull-ups proved to be more difficult than I had anticipated. Not only was it tough to do some of the pull-ups in a single set where I had to break them up into multiple sets on several occasions, but it was also difficult maintaining a consistent schedule throughout my days.

Even though we were on vacation, it was sometimes tough to make time to do the pull-ups and stay committed to the cause. There were times when I would catch myself selfishly thinking, "Oh, I'll just do two sets tomorrow," without fully analyzing just how challenging that in itself would be. I even started to question why I designed this challenge to last a whole 30 days!? Despite our crazy schedules, I still made time each day to crank out some pull-ups for bullying, and it was worth it.

There's an odd feeling of accomplishment mixed in with some relief after I completed the challenge each new day. I even found it somewhat interesting to seek out new places to do the challenge with such seemingly limited options around Hawaii's Big Island. There were a lot of towel grip pull-ups.

Today, was a day of running errands around Kona and picking up family from the airport. We got in a lot of car time and made sure that everyone arrived safely!

Running around all day will tire a guy out. However, the show must go on! 11 Pull-ups. Again.

I got an early morning start to my vacation fitness routine. Just finished another 6 mile run and now it's time to do some pull-ups for bullying before breakfast!

I was feeling ambitious. Using a towel, here are some more palm tree pull-ups!

Day 13 of my challenge was a day to take care of some reconnaissance ahead of our photographer's arrival to the island. My parents and I checked out Kua Bay (Manini'owali Beach) and Waialea Beach (Beach 69) where I did some more pull-ups!

Day 14, Pull-ups are Best Before Dinner

The plan was to go out for dinner tonight with some friends. To be honest, day 14 was a tough set. Also, I've had a knot and muscle strain in my left shoulder for the last 3 months, and today was not the day to test it. Regardless, I finished my Pull-ups and then got ready for the evening. A thousand apologies for the 'R' rating on today's session due to my strong language.

Day 15, Twas the Night Before the Wedding

I didn't have my camera operator today as we were honouring the age old tradition of not seeing each other the night before the wedding until the ceremony the next day. We had just finished the rehearsal where I got distracted by a sea turtle, and a lovely dinner with family and friends at Island Lava Java in Kona.

This day was full of many challenges. It included some last minute decorating, moving and setting up equipment, and coordinating with wedding planning staff. All of this needed to be completed in time for the photographers to arrive to my condo for the getting ready shots. It was a little stressful to say the least, but I had great friends who helped make everything happen! Still, even on my big day, I could not forego the pull-ups. Today was 16 and a tough set they were.

Mental note, "When doing pull-ups, remember to take off your wedding ring!" Yeah it hurt a little, but I still got them done! My beautiful wife was there to capture the moment. 17 Pull-ups!

I must say, that despite the trials we faced over the last year in planning and preparing for the wedding (yes, we have crazy wedding planning horror stories to tell), we managed to find an amazing photographer. Today, we drove around to take photos on beautiful Big Island landscapes with sunset backdrops and colourful Kona nightlife. After an amazing day with Sofia Katherine Photography, I had to make sure to do my pull-ups.

So, we couldn't figure out who made the amazingly large pizzas on the Big Island (we found out later that it's Longboard Legends Pizza). In any event, more pull-ups on trees at Big Island's Beach 69.

To conclude my second series of 10 days of pull-ups, let's take a minute to reflect on why we are doing these pull-ups.

We use cookies to ensure that we give you the best experience on our website. If you continue to use this site we will assume that you are happy with it.Ok